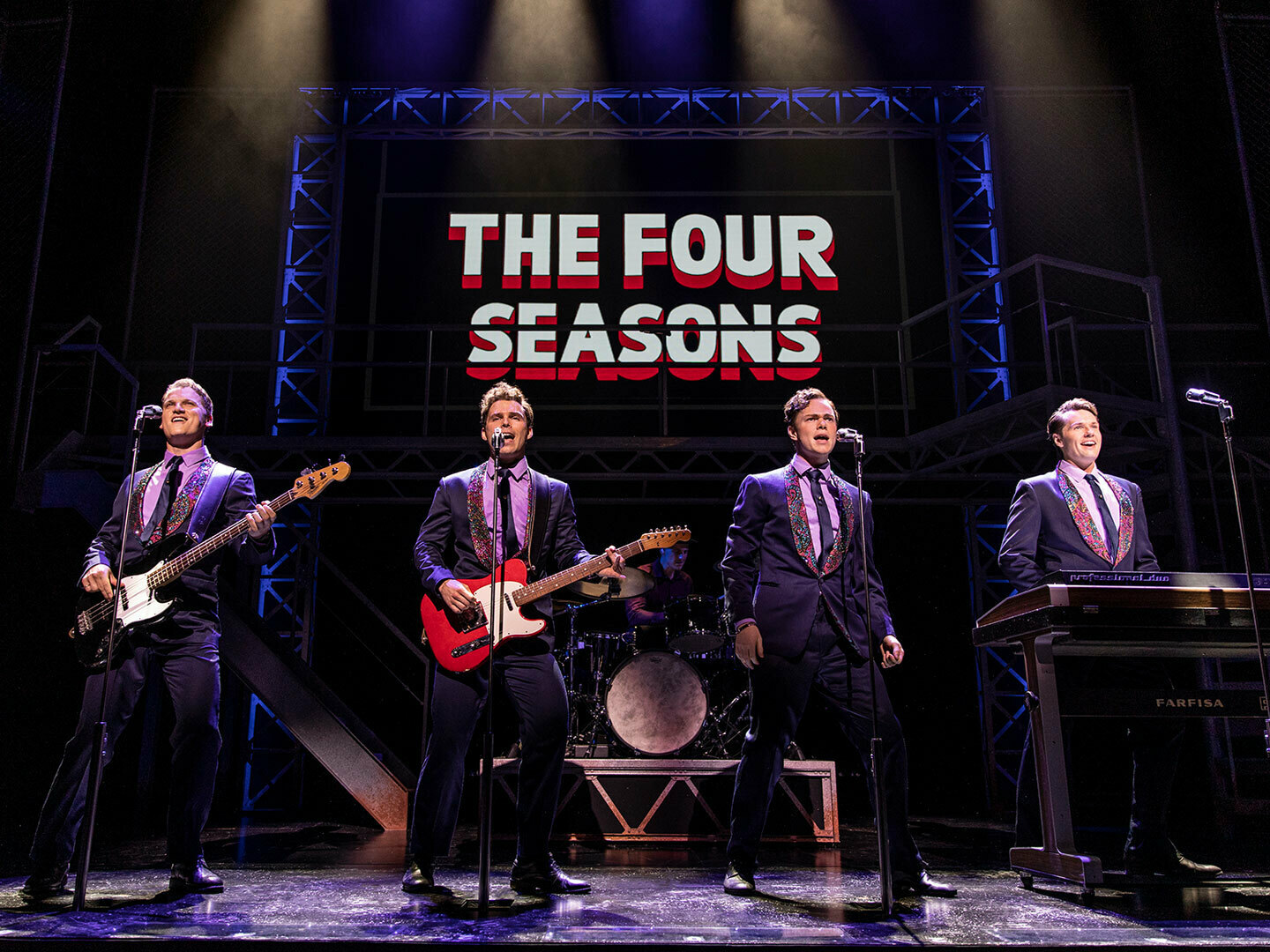 Jersey Boys is at the Trafalgar Theatre. Jersey Boys tickets are available on London Theatre now.

"They were just four ordinary guys from New Jersey, until they sang their very first note. They had a sound nobody had ever heard... and the radio just couldn't get enough of. But while their harmonies were perfect on stage, off stage it was a very different story -- a story that has made them an international sensation all over again."

Jersey Boys is the first show to play at the newly reopened Trafalgar Theatre. The internationally acclaimed musical Jersey Boys has played in the West End, notably the Piccadilly Theatre where it concluded its incredible nine year run on 26 March 2017.

Featuring music by Bob Gaudio, lyrics by Bob Crewe, and book by Marshall Brickman and Rick Elice, Jersey Boys features the hit songs "December 1963 (Oh What A Night)", "Can't Take My Eyes Off You", "Sherry", "Walk Like A Man", "Bye Bye Baby", "Big Girls Don't Cry" and many more.

Jersey Boys at the Trafalgar Theatre is staged by the Broadway creative team, including direction by Des McAnuff and choreographer Sergio Trujillo.