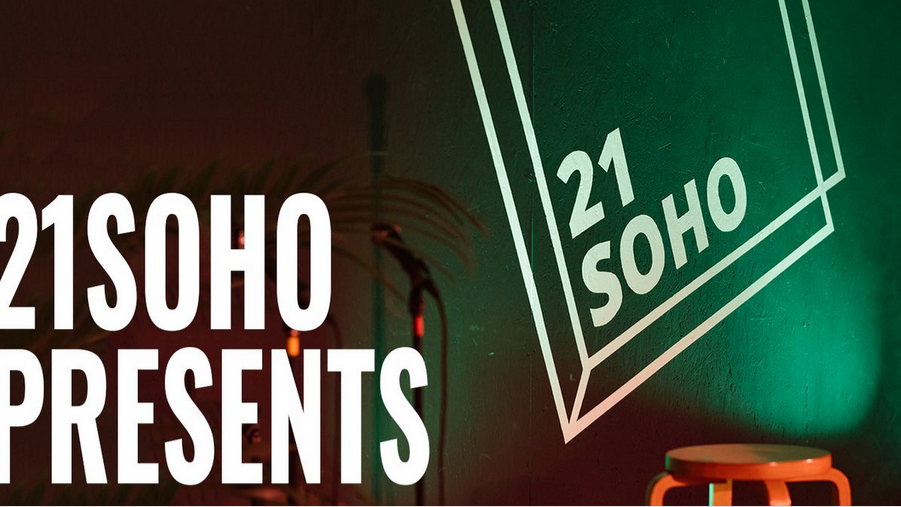 21Soho Presents... is our mixed bill comedy night in our brand new venue. We will be bringing you the best of the best comedians to our stage in the heart of Soho Square!

This February, to celebrate LGBTQ+ History Month, every Friday we will be showcasing all queer lineups full of LGBTQ+ legends.

Leo is a standup comedian, writer and winner of the 2Northdown New Act of the Year competition 2020. Before the pandemic he performed his brand of flamboyant, incisively written standup across the country, and was gearing up to present his debut hour at Pleasance Courtyard at the 2020 Edinburgh Fringe.on her ability to take difficult and complex topics and turn them into sharp, refreshing gags.

Jen has recently written for BBC Radio 4 Extra, Dave, Pulped, as well as writing & performing in the multi-award nominated SeanceCast for HatTrick Productions. She has also written and starred in a sketch for Channel 4. She has reached the finals in the Funny Women Awards 2019, been nominated for the Leicester Mercury Awards 2019, placed second in the Laughing Horse New Comedian Awards 2018 & placed in the finals for the 2NorthDown New Comedian Competition 2019. Jen was also recently featured in an article for The New York Times - about trans comedians in Britain.

Jen is known for her often sideways look at what it means to be a trans woman today, as well as other dumb things.

Jen is currently performing work in progress run-throughs of her hour "PEAK TRANS" which focuses on the growing "gender critical" movement in the UK.

﻿ Ania is a 22 year old comedian and writer based in London. She has written for Frankie Boyle’s New World Order (BBC2), Newsjack (BBC R4), The Now Show (BBC R4) and is one of the 4 regular writers on the Have I Got News For You Twitter account. She is a writer on Amelia’s Cooking Show, a new webseries by Amelia Dimoldenberg which features guests such as Maya Jama and Romesh Ranganathan. She is also the presenter of HSBC’s Level Up campaign, a 6 part YouTube series teaching Gen Z how to handle their money. Ania has a growing social media following, including 20k followers on Twitter, and over 1 million views on Youtube with over 20k subscribers. She’s recently branched out into TikTok