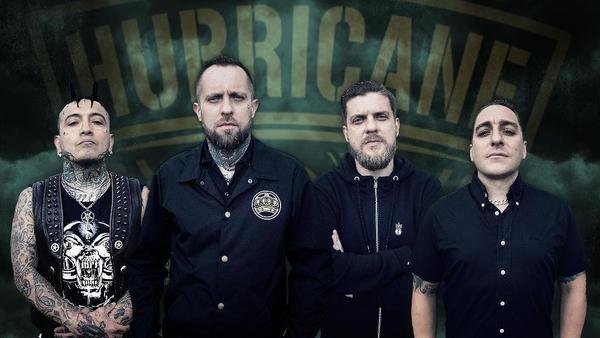 Booze & Glory have been keeping everyone wide-awake for the last decade, flying the flag for authentic working class rock'n'roll and the power of a rabble-rousing tune. Formed in London in 2009, Booze & Glory started life as a straight-ahead salute to the rowdy street punk bands of the late 70s and 80s UK scene. Thanks to some of the most infectious songwriting to emerge from the capitals mean streets for a long time, and with a heroic and ruthless dedication to playing live, the band were steadily embraced by a colossal international fan base. In the last 3 years the band have added innumerable new triumphs to their already impressive CV, notching up nearly 300 shows played around the world, including high profile 5 week North American tour with Dropkick Murphy's, 10 shows arena tour with Broilers and legendary Persistence Tour in Europe (Booze & Glory was the first punk band on this tour in the last 10 years). The band also appeared at the mighty Hell Fest in France, Punk Rock Bowling in Las Vegas and Pol'And'Rock Festival playing before Judas Priest in front of 500.000 people. 2018 also saw the band walk off with the Vive Le Rock Award for Best New Band, as voted for by the fans.

Please note that this event is suitable only for guests aged 14 and over.