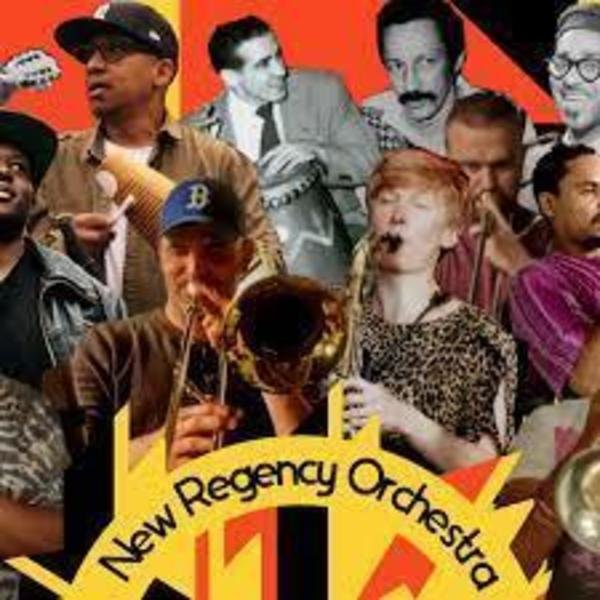 The New Regency Orchestra (NRO) is a twenty-piece big band on a mission to take the music of the Afro Cuban musical saints and reinvent it through a London filter. This is hard-blowing music for hard times featuring a storming twelve-piece horn and eight-piece rhythm sections.

The NRO takes its inspiration from New York’s melding of Jazz and Latin from the 50s to the 70s when the sound of jazz luminaries Dizzy Gillespie and Charlie Parker collided with the Cuban roots of Chano Pozo and Machito.

Mirroring the effervescence of that scene, The New Regency Orchestra adds a contemporary London spin with the City’s best Latin Music and Jazz talent driving each other to greater heights.

Curated by Lex Blondin (Total Refreshment Centre / Church of Sound) the band’s core repertoire features pillars of the genre from Machito, Tito Puente and Chico O’Farrill as well as more obscure gems recovered by deep-mining. New arrangements have been made by pianist/composer Eliane Correa and the Catford Quincy Jones, Nathaniel Cross, who is putting down his trombone to conduct the roaring big band. Musical Director is master percussionist and Afro-Cuban don, Adé Egun Crispin Robinson and the band’s evolving line-up is a who’s who of the what’s what in London’s Jazz and Latin scenes from Tamar Osborn on saxophone to Yelfris Valdés on trumpet.