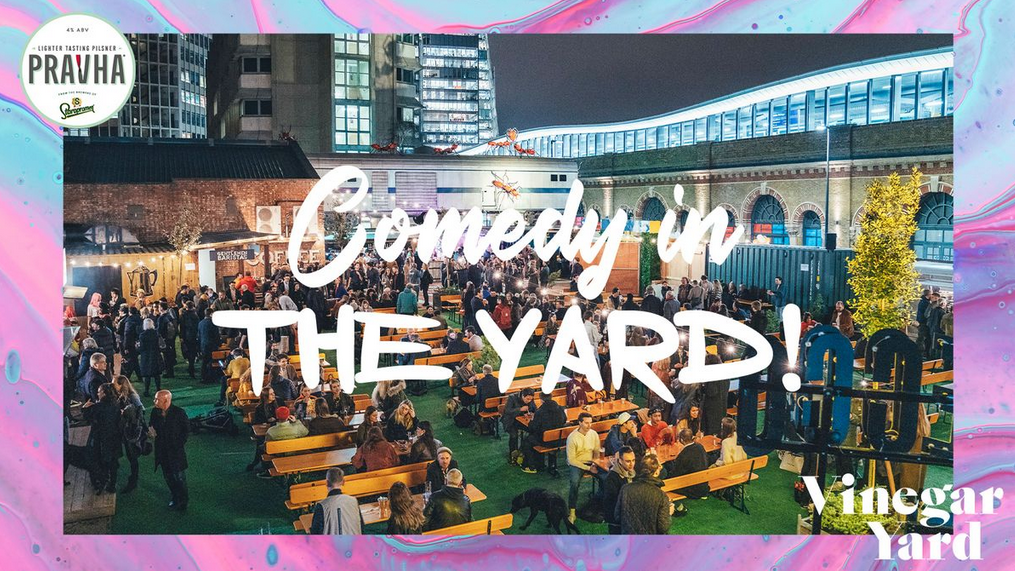 Sara Barron is one of the fastest-rising comedians of her generation. Since her 2018 debut at the Edinburgh Fringe, she’s starred on shows including Live at the Apollo (BBC), Would I Lie to You? (BBC) and Frankie Boyle’s New World Order (BBC). A powerhouse live act, Sara’s two stand-up hours, For Worse(2018) and Enemies Closer (2019) have sold out at both the Edinburgh Festival and at multiple runs in London’s Soho Theatre. She was nominated for ‘Best Newcomer’ at the Edinburgh Comedy Awards and at the Chortle Awards, as well as receiving rave reviews from publications including The Times, The Guardian, The Independent, The Evening Standard and The Scotsman.

From South London, Barbadian citizen Sikisa has become one of the most exciting acts in the UK, having delighted crowds with her fearless and vivacious personality and immediate warmth and likability. She won the public’s vote in the 2017 BBC New Comedy Award competition, for which she was a finalist.

Combining his confident on stage presence, dark humour, surreal material and one-of-a-kind customised keyboard, Huge has quickly risen to become one the most exciting, unique acts in the UK. TV appearances include Harry Hill’s Clubnite (Channel 4), Jonathan Ross’ Comedy Club and Out There (ITV), Hypothetical and Comedians Against Living Miserably (Dave), The Now Show (BBC Radio 4), The Stand Up Sketch Show and The Emily Atack Show (ITV2), Guessable, Comedy Central At The Comedy Store, The Comedy Central Chart Show and being the first ever musical battle on Roast Battle UK (Comedy Central).

David Mills is a London-based American actor, comedian and cabaret performer who won the Hackney Empire’s New Act of the Year competition in 2011. He has performed at venues all over London, the UK and in the US. He’s opened for Ed Byrne, Margaret Cho and Scott Capurro and performed his solo shows at venues such as Soho Theatre, Leicester Square Theatre, Oval Theatre, Crazy Coqs and the St James Theatre to name just a few. He’s taken six shows to the Edinburgh Fringe Festival.