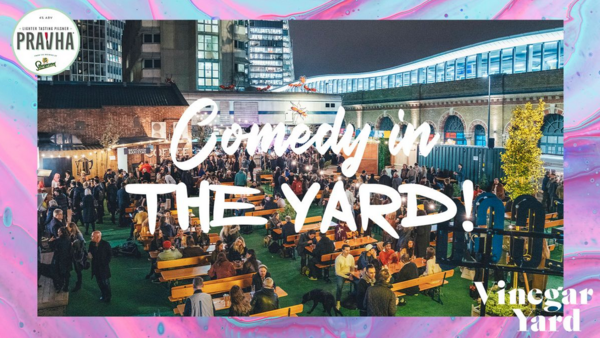 Grown from a carob pod in a sunny, Central Coast national park, Felicity Ward is a multi-award winning comedian, actor and writer who has toured her award-winning, sell-out shows across the world, winning hearts of audiences and critics everywhere she goes.

Fellicity has appeared on Spicks and Specks, The Ronnie Johns Half Hour, Good News Week, Talking About Your Generation, Thank God You're Here, The Librarians, The Project and Ronny Chieng: International Student along with multiple appearances on The MICF Oxfam Gala and MICF Comedy All Stars. Felicity has also appeared in two feature films: Any Questions For Ben? (AUS) and The Inbetweeners Movie 2 (UK).

Harriet is an award winning comedian, writer and actress. She has starred in the Viceland reality sitcom Bobby and Harriet: Get Married which she co-created and co-wrote with her husband Bobby Mair, to huge critical acclaim. She can also be seen on Dave's Hypothetical, ITV's Hey Tracey, Comedy Central’s Roast Battle, and is a recurring guest on 8 out of 10 Cats Does Countdown and 8 Out of 10 Cats. Her other credits include hosting the BBC Radio 4 Comedy Club, The Radio 1 Comedy Lounge, BBC3’s Comedy Marathon, The One Show (Edinburgh Special) and Kevin’s Hart’s LOL Live.

Joe is a comedian, actor, writer and former model.

With a caustic, catty wit and unapologetic confidence, he has taken the UK comedy circuit by the balls, and the circuit liked it. Selected for the Pleasance Comedy Reserve at the Edinburgh Fringe in 2015 and a finalist in the prestigious NATYs awards and Leicester Square Theatre New Comedian, Joe now performs at the biggest and best clubs in the country.

Also working as an actor and writer, he has been seen in the movie Pride and written for really cool publications that you probably haven't heard of.

The Mirror - "Takes to the stage like an old pro, oozing star power from every pore. He combines borderline offensive self-confidence and biting punchlines with an openness that leaves the audience totally tamed."

Chortle - "Demands attention... He exudes a star quality, and on his own terms... Definitely one to watch."
Important Event Information