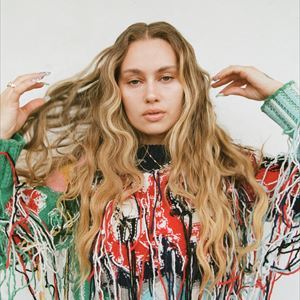 Despite a long journey within the music industry which sometimes left Keable battling to make the music she wanted to make, with the benefit of hindsight, today she’s finally able to acknowledge her many achievements. Amongst those were a series of hit collaborations with Disclosure, Zinc, Snakehips, and her close friend Katy B, and the release of her own acclaimed EPs Black Book and Lemongrass and Lime Leaves, in 2013 and 2014 respectively. “When I look back at those releases, I’m now able to feel proud of them,” she says. “All of it was part of the process in helping me find the sound that I have today.”

Having taken time to regroup, Keable returned in the spring of 2019 sounding reinvigorated, sharing the independently-released MAN EP. Today, she credits the collection for reigniting her passion for music, documenting as it does the moment she truly found her sound. “It almost felt like my first EP. It felt like I was fully myself, and I didn’t have to pretend to be something I wasn’t to try to impress management. It was just completely my project and it was like finally I was the artist that I wanted to be.”

Two years on, she’s stepped up another gear entirely with Intermission, exec producing alongside James Smith, and creating her most cohesive collection to date. Initially written on piano and recorded with a live band, the record’s timeless, jazz-inspired arrangements incorporate bursts of warm brass and tender string arrangements while never once overshadowing the star-attraction: Keable’s truly astonishing vocals.

16+ only. 16s to 17s must be accompanied by a responsible adult. No refunds will be given for incorrectly booked tickets.