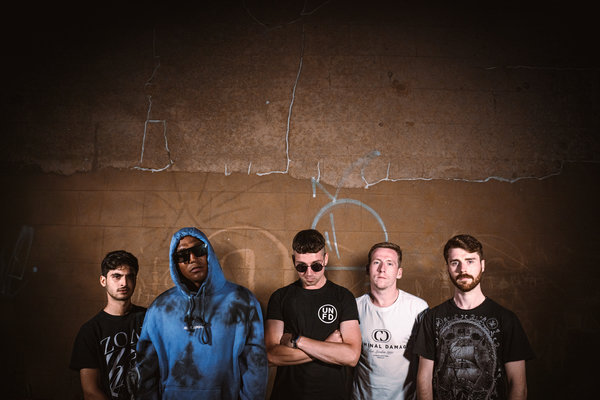 Question everything. Consider your sources. Be wary of ulterior motives, insidious media narratives and even your own unconscious bias. Trust sparingly and try to make smart, informed choices. As the world slides further into ruin, it’s more important than ever to be vigilant and fight back.

Luckily, Hacktivist are back to help cut through the noise and bullshit, tooled-up and ready to attack with renewed vigour and reinforced ranks. With Jot Maxi and J. Hurley now sharing the vocal and lyrical load, drummer Rich Hawking and bassist Josh Gurner bringing the beats and rhythms, and guitarist and production don James Hewitt fleshing out the group’s genre-fluid muscle, new album Hyperdialect arrives less like a mission statement and more as a flaming musical Molotov, declaring all-out war.

“Hyperdialect isn’t an album for people to just casually listen to,” J insists, “we’ve taken things to the next level, which I didn’t even think was possible. We spit the truth. We
are; the truth.”

Age Restriction: 14+. 14 and 15 year olds MUST be accompanied by an adult (18+) / All ticketholders under the age of 25 will be required to carry PHOTO ID