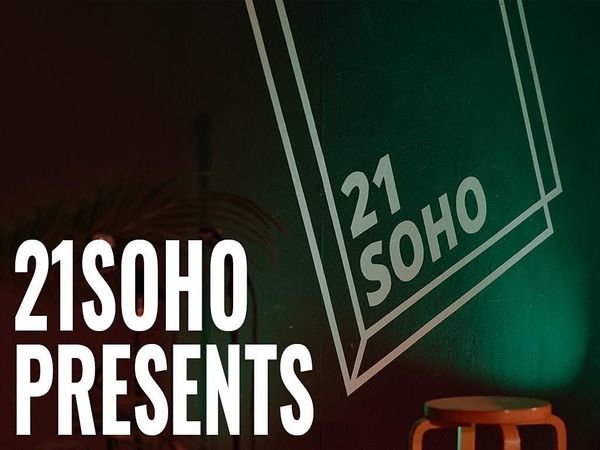 LINE UP:
HELEN BAUER!
After leaving college with an E in Economics and an allergy to the education system, Helen Bauer moved to London to share a bed with her cousin and work in Accessorize on Oxford Street. She lived in London until she was 23, making sketches, waitressing and drinking. She then moved to Berlin to do the same there, and discovered stand up Helen honed her comedy skills, performing in English, to confused Berlin locals. You can now find Helen’s creative writing, charming attitude on stage and special love of pop music all over London.

JACOB HAWLEY!
Jacob Hawley is a London based stand-up comedian, writer, performer and me, as seen on BBC3 and heard on BBC Radio 4.
He has written for The Sunday Times, The Metro, and The BBC.
Jacob has two hit podcasts, Jacob Hawley: On Drugs, and Jacob Hawley: On Love, both on BBC Sounds. The series have had over half a million downloads and earned Jacob a SILVER ARIA AWARD FOR BEST NEW PRESENTER. He has also created two Radio Four stand-up specials, Welcome To Britain, and Class Act, which broadcast to rave reviews and features in The Guardian and The Independent.

SHELF!
Shelf are a comedy double act from South London. Shelf is made up of Rachel WD and Ruby Clyde. Already lifelong friends, they started performing as Shelf in 2015. Shelf started out at open mic nights, honing a style that is “a winning hybrid of sketch show and standup” (Edfringe Review). Since their formation, Shelf have performed at Bestival, London Pride, and been nominated for Sketchfest’s Best New Act award. Their work has appeared on BBC3 & LADBible with the former boasting over one million views. They were finalists in The Funny Women Competition 2020 and are Finalists in The Musical Comedy Awards 2021

You will receive a PDF confirming your ticket to this event.
18+

Latecomers may not be admitted